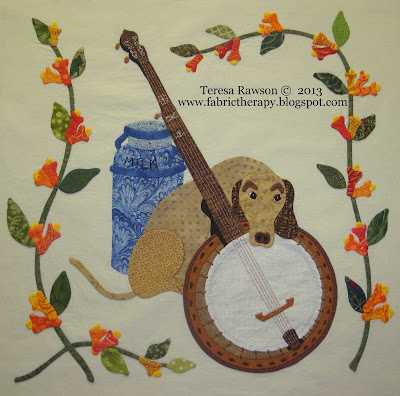 The next block in the "Baltimore Rhapsody" quilt project is the banjo, and is also the first folk instrument in my original applique music block series. 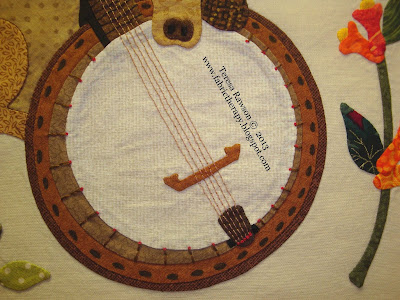 This instrument originates from the African banjar, and was brought over to the United States by early slaves.

Crude instruments were built here in this country by tightly stretching a coon skin over a hollowed out gourd.  A handle was attached, along with 4 strings.  Soon it became known as the banjo and was a source of plantation songs and dances. 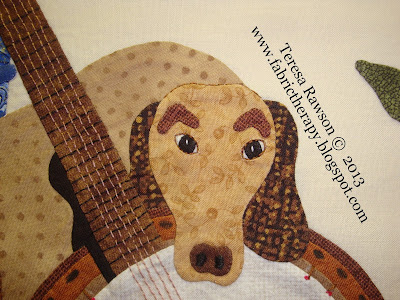 Soon they were made from wooden or metal hoops and had 5 strings.  This hound dog is patiently waiting for his master to come back and play for him! 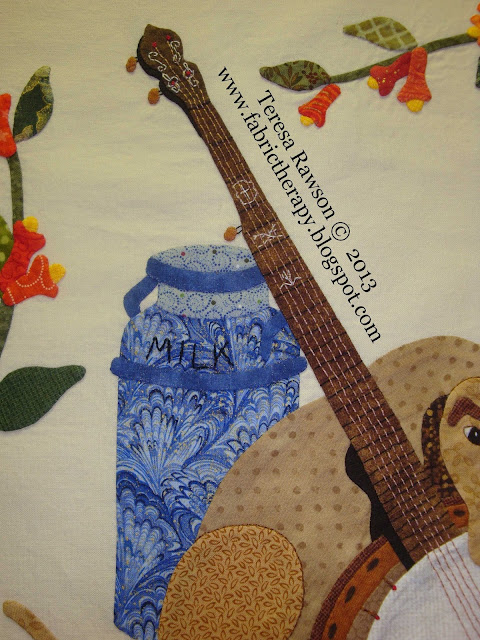 Melodies can be played on the banjo, but more commonly chords are played rhythmically as accompaniment.  Very fine players can play the rhythmic arpeggios while featuring the melody note prominently "on top" at the same time (a technique also used by guitarists). 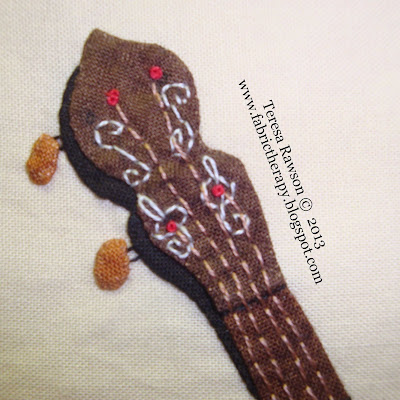 Around 1830 the banjo could be found around the campfires of the westward movement in this country.  Everyone knows Stephen Foster's song "Oh, Susanna!" about "coming from Alabama with a banjo on my knee." 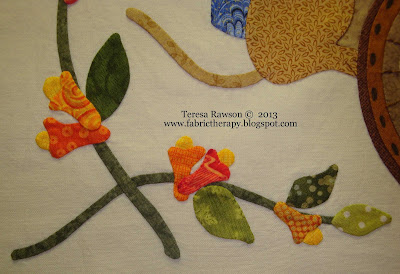 The rhythmic syncopated melodies played on the banjo led to the early jazz style called ragtime, and until 1930 banjos were a basic member of the rhythm section of dance bands.  It was then replaced by the smoother sounding guitar. 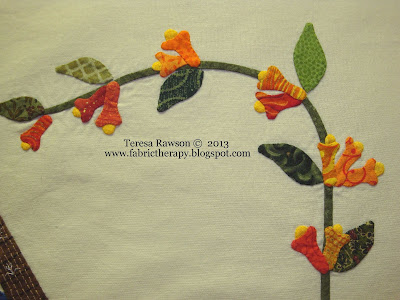 The banjo is popular once again thanks to musicians like Bella Fleck, Pete Seeger, and the comedian/actor/musician Steve Martin.
It also lends its characteristic sound to bluegrass and American Folk Music. 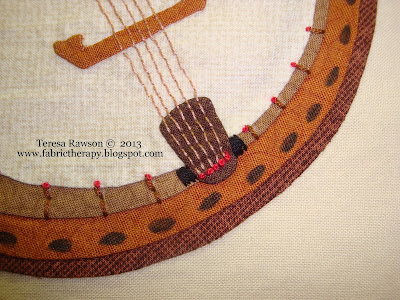 Some musical snobs define "perfect pitch" as throwing a banjo into a dumpster without hitting the sides.  It is their loss.