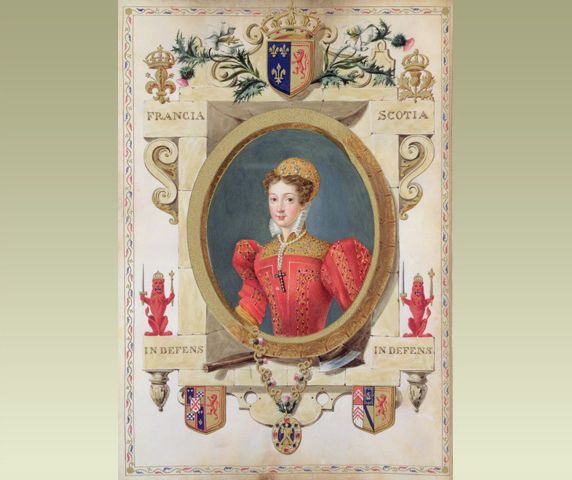 After Mary's marriage to Francis, Dauphin of France, she was not just Queen of Scotland, she was the French Dauphiness.  The depiction of Mary, above, contains the symbols of both Scotland and France.  Crests of each country appeared on linens, silver, banners, tapestries, etc.
It was the beginning of a new wave of creativity in France due to the influence of the Italian Renaissance. This was helped along by Queen Catherine de Medici, of Italian descent. 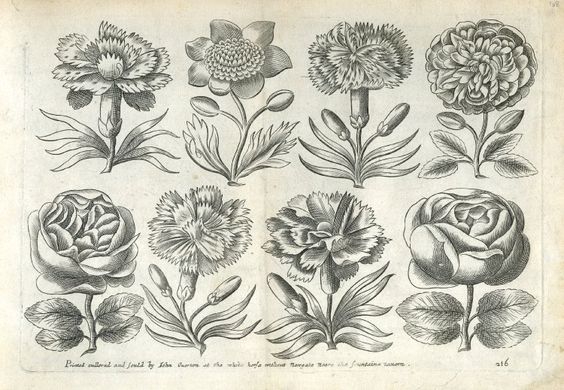 New design was partially influenced by recently published Italian books of natural history.  These books were based on scientific observation of plants and animals, rather than on the myths of the Middle Ages.  The books contained realistic pictures made from woodcuts.  Frenchmen followed with similar efforts published in French. 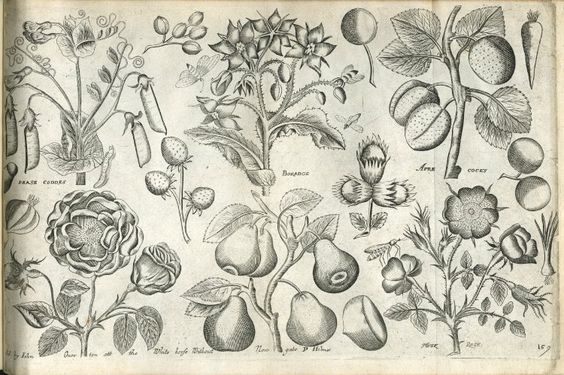 Only a year or so after Frances and Mary's wedding, Henry II's (father to Frances), died a tragic and premature death. Frances would ascend to the throne of France when of age, with his mother, Catherine de Medici named Regent until he was of age.
The year 1560 continued to provide sorrow for Mary.  Her mother, Regent of Scotland, died leaving Scotland's future in limbo.  Then, at the end of the year, Mary's frail husband died of a chill following hunting.
Marie de Guise, Mary's mother 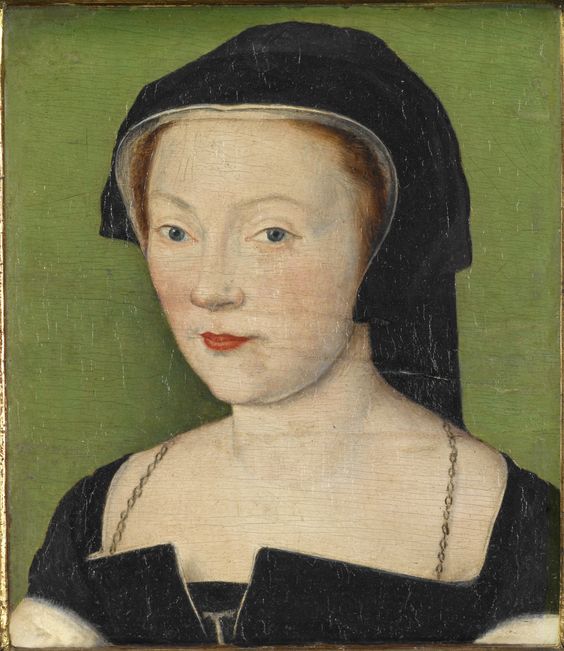 Francis's younger brother, Charles IX, would be become king of France when older, with his mother Catherine maintaining the Regency until he was old enough.
After Henry II's premature death, Catherine became the Dowager Queen of France.  Now, following the death of Frances, Mary also gained that title of Dowager Queen.
Two Dowager Queens.
Mary could have stayed in France at this time, but decided to return home to Scotland.
The arrows below show the influence for the first two blocks and I made up the third one. 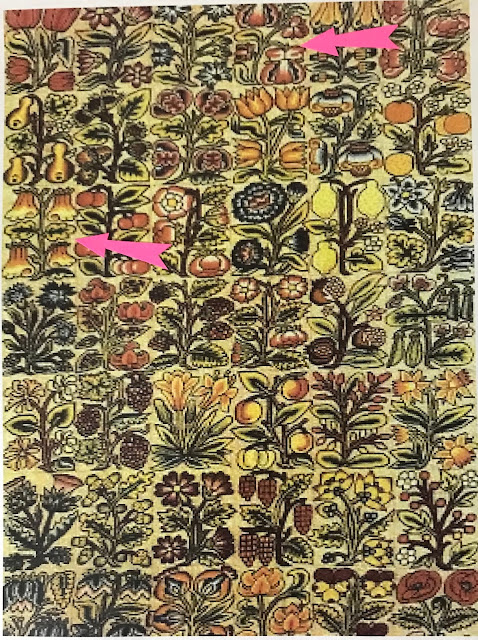 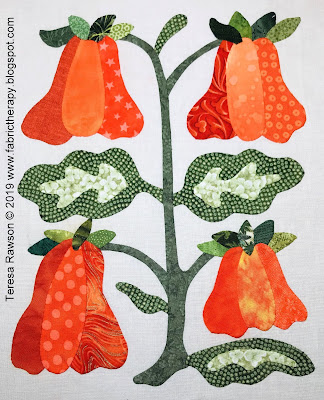 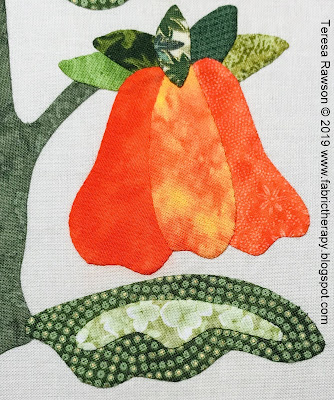 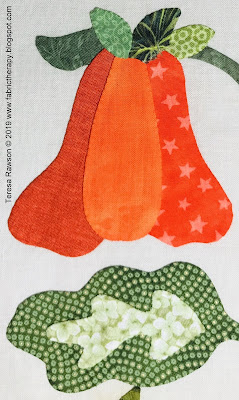 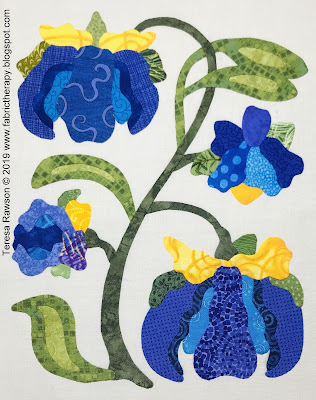 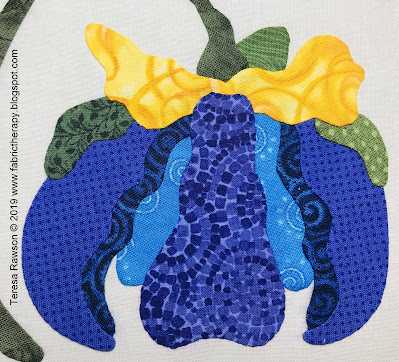 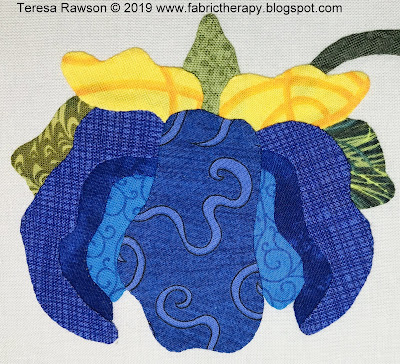 And what is a flower and fruit quilt without my favorite fruit!
Jewel Strawberry 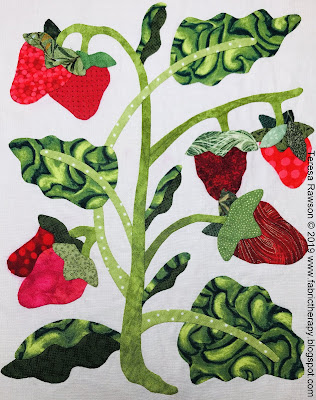 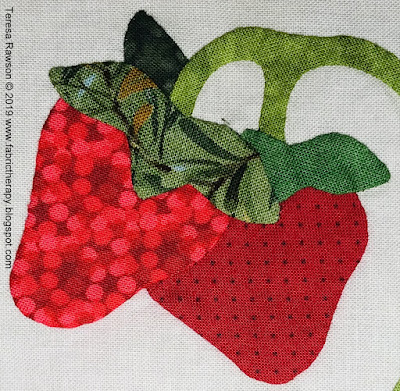 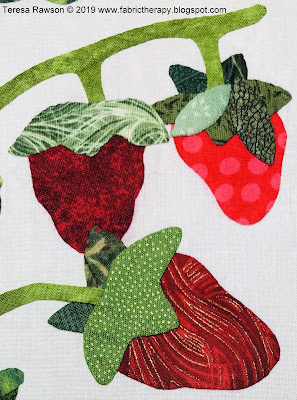 Thanks for your patience...it is all coming together now!
Stay safe out there.
Teresa   :o)
Posted by Teresa Rawson at Friday, August 07, 2020 15 comments: