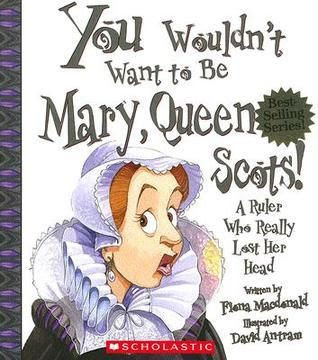 Let's talk about sanitation in the time of Mary Queen of Scots.  It's the last night of a crappy 2020, so what could be more appropriate?

(This subject is mentioned in at least two of the reputable books I am using as Mary Queen of Scots reference material, so I believe the validity of the subject is unreproachable.)

Castles and great houses, just like the more humble houses of their subjects, had no running water, no indoor plumbing.  Buckets of water were hauled to the castle/house for cooking, bathing, laundry, dishwashing, and what general cleaning was attempted.  And if you wanted a warm tub bath, kettles had to be heated and hauled. 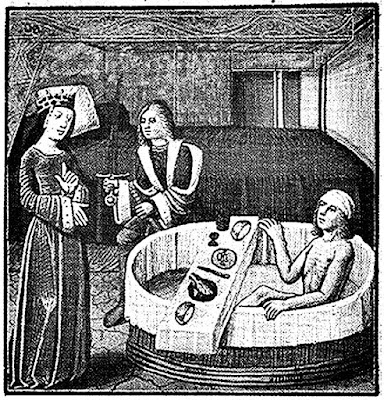 Outdoor privies were not practical at a castle, and certainly the climate of Scotland made their use unpleasant for the humblest of abodes.  The use of an indoor chamber pot was the norm for the  middle and upper classes and had to be emptied.  It was personal, in the room, and a habit that was hard to change when newer, updated offerings were offered.

Also, the upper class members using a chamber pot were not responsible for emptying its contents, so did not have the motivation to try something unfamiliar.

In the 16th century this was often out a window.  Some castles had cesspools below a certain window for disposal.  These would fill and need to be dug out from time to time.  In cities and towns, emptying would be out a window, and often next to the street where people would be walking.  Sidewalks were sort of gutters, and these would overflow...especially in rain. 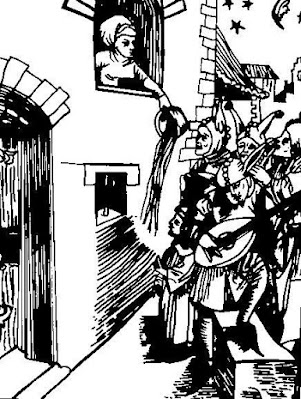 In Renaissance Scotland, the housewives threw their chamber pot contents and slops out the windows with the cry "Gardy Loo!" (This was evidently derived from the French "Gardez l'eau," meaning "look out for the water!") 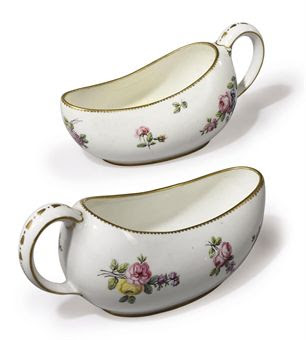 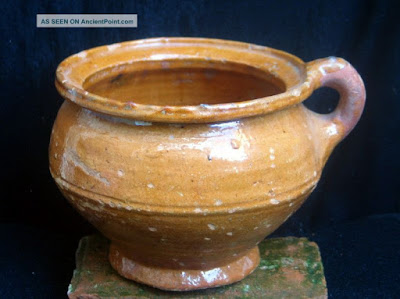 Unfortunately, the sound of the cry and the discarded material often arrived simultaneously. Woe to the one who looked up to see what was coming. It is believed that this may be the origin of the British term "loo" for a toilet.

Royal chamber pots were much fancier, more like chamber chairs or stools. 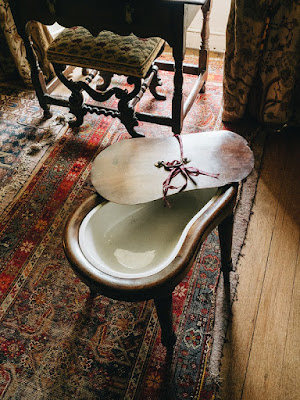 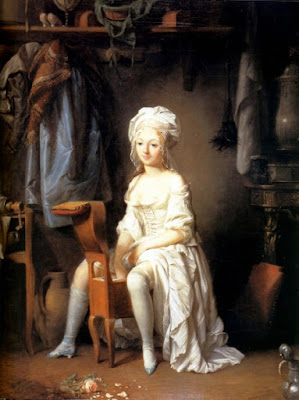 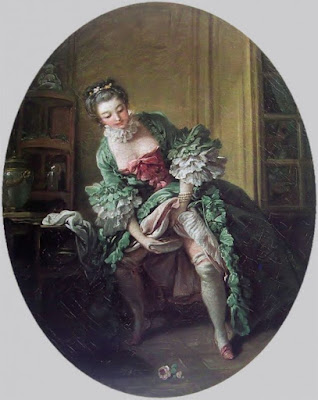 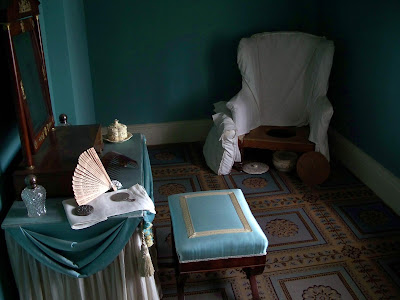 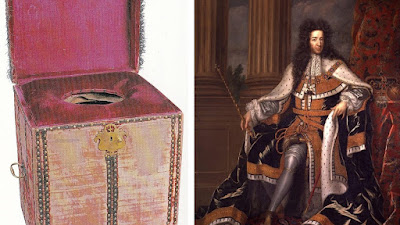 Castles and manor houses were generally equipped with garderobes that had stone or wooden seats above a shaft within the pit that had to be cleaned out at intervals. 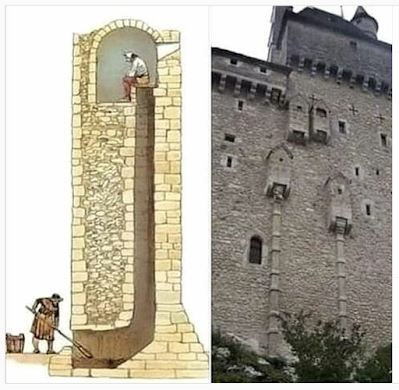 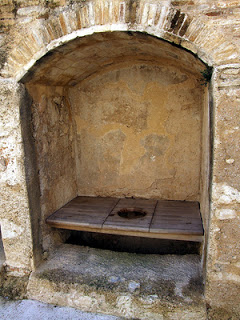 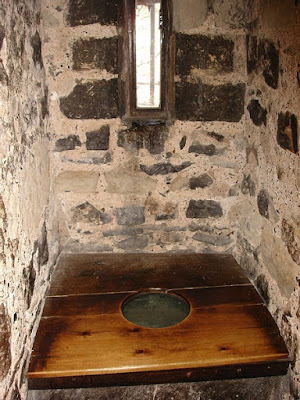 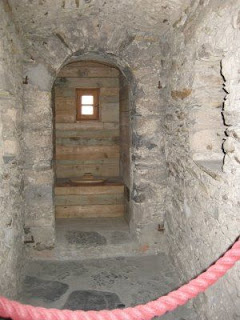 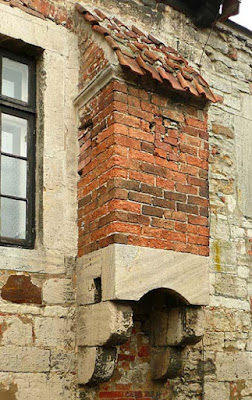 As a result, castles and great houses, with many residents and guests, had terrible sanitation problems. 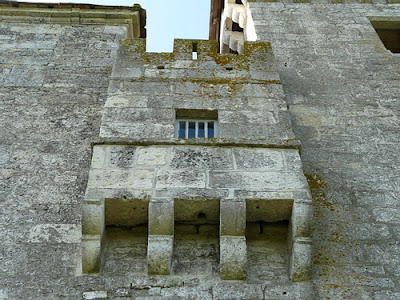 From time to time, everyone was moved from one castle to another for the purpose of cleaning and airing.  Can you imagine?  As the waste capacity of the castle would reach full accommodation, people were less careful of where they took care of their bodily functions.

There was a very high rate of infant mortality at this time.  Eventually a connection was made between filth and illness complaints, such as cholera.

After outdoor pits and pools were emptied/drained, stone floors and corners swished out with buckets of water and brooms, and shear length of uninhabited time, everyone was moved back.

Maybe this is why there were so many castles and great houses per royal family.

Perhaps this explains so many castle ruins...some were simply impossible to keep clean over time or were initially built in too wet an environment to deal with waste water.

Proximity of human waste may have even ruined the quality of fresh water.

Maybe as sanitation improved, it was not practical to keep up so many different homes, especially the ones not situated to make sanitation adequate.. 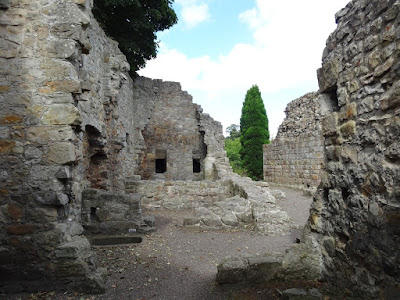 Just when I fantasize about the 1500s and the ability to sit around all day and stitch, I uncover another unpleasant factoid.
Stay safe out there and keep each other safe.  Here's hoping 2021 will be a better year!
In stitches,
Teresa
😉
Posted by Teresa Rawson at Thursday, December 31, 2020