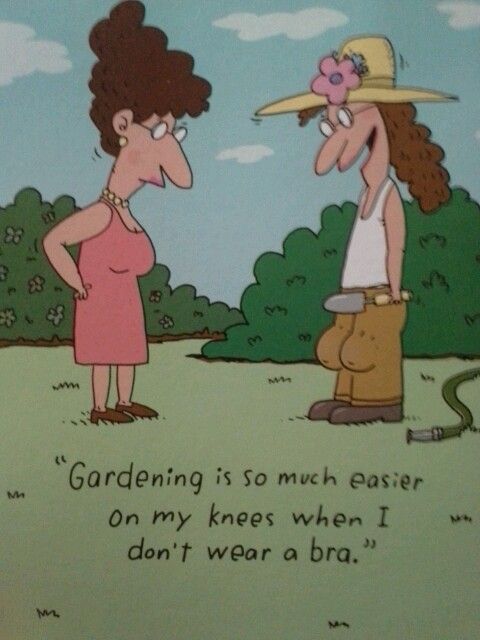 I have to say that you're the most gracious, kind people on the planet!

With much kindness and deep appreciation of your sincerity, I laughed so hard when I saw that some of you thought I actually grow produce right now!  Actually my husband was laughing harder, and I (acting like he had hurt my feelings), was nearly peeing my pants from laughing on the inside.

I can grow blueberries, tons of them.  Too many years invested in their establishment.  We even have some pears and the occasional persimmon, if the deer don't get them...or hobo goats. 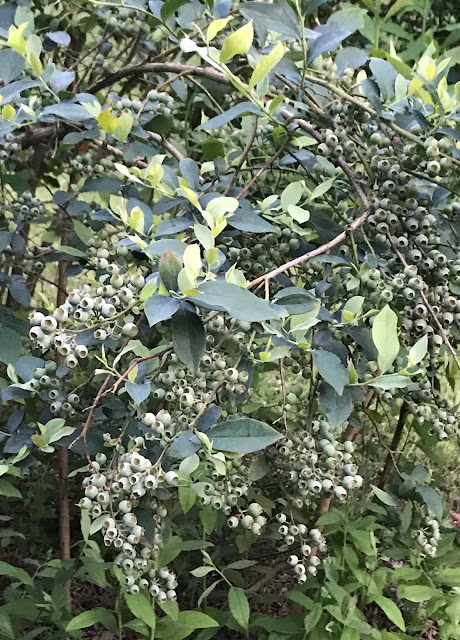 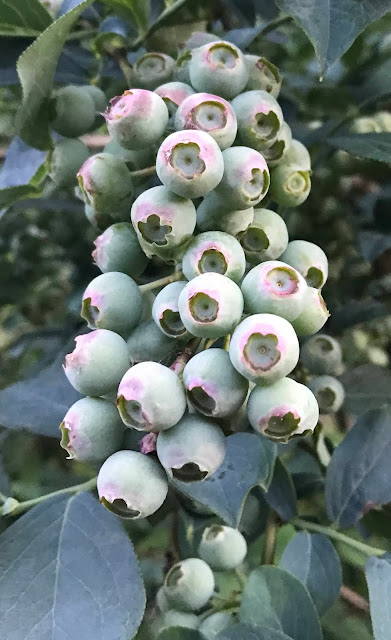 If you are near, COME PICK SOME in about 3 weeks!

I go and BUY three or four cases of greenish bananas on Wednesday mornings to donate to the Food bank.  That's what we are spending that government check on until/if Steve is laid off and we need it.

My father had established a practically deer-proof garden plot years ago.  It was for vegetables, constructed using tall dog kennel panels.  He was a busy doctor, but still took time to grow squash, okra, and string beans.  He had a green thumb, but no time.  Those veg choices are hardy here, even with random care.

My grandparents had amazing gardens and orchards...they completely lived on the land (they also had a small herd of beef cows for some of their meat).  Granddaddy taught Vocational Agriculture at the local county high school.

Their gardening magic didn't wear off on me, though I spent hours and hours helping them when visiting.  I helped weed, pick, peel, pare, snap, pickle, blanch, and freeze/can.

I also learned how to sun dry apple slices on a scrap piece of corrugated barn roofing sheet metal on the bed of an old pick-up truck out back.  How about that.  (My Grandmother made the BEST hand pies from these, year round.)

Anyway, I wish I had a "before" picture of the enclosure.  I was really embarrassed of it's state of being...how many of us take pictures to intentionally share honest pictures of things that shame us?  Having a garden is not at the top of the to-do list.  And the wild stuff slowly continued to grow.

No matter how hard I work, it always seems like I am chasing something beyond my ability.  The enclosure is completely grown over with volunteer trees, large bushes, wild blackberry vines, huge thorn vines, honeysuckle, wild grapevine, etc.  Vines are even weaving in and out of the chain link panels.

On a side note, stop reading right now if you don't like a good hobo goat bedtime story from last June-July... 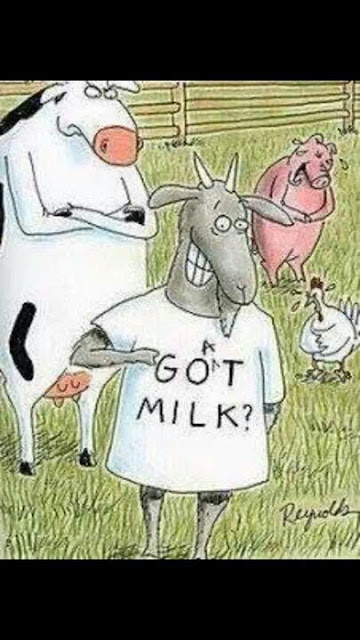 Hobo goats are one of the uninvited scourges of rural living.  There is a U-shaped end of our valley (with a sheer, rocky, 30-ft drop between our property and some goats).  That means, there are two 30-ft drops between us and neighbors "across the holler." 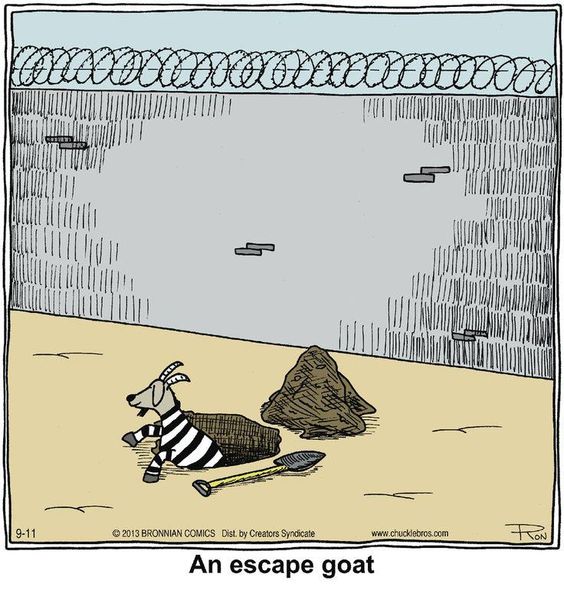 A big, bad Billy from "over thar" escaped with four nannies in tow. They actually went down the far side and up on this side.  I don't know how. 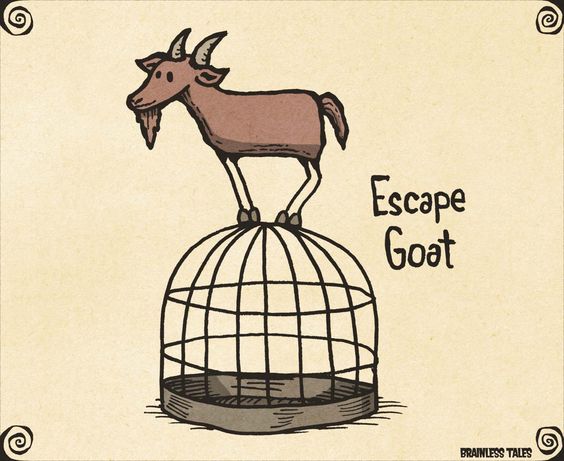 I saw the goats here off and on for almost two weeks before I decided they weren't leaving.  Of course Steve was up north with his dad for several weeks.  I put some poster signs out at the main road with my phone number.  They obviously felt at home despite my metal pot and spoon. 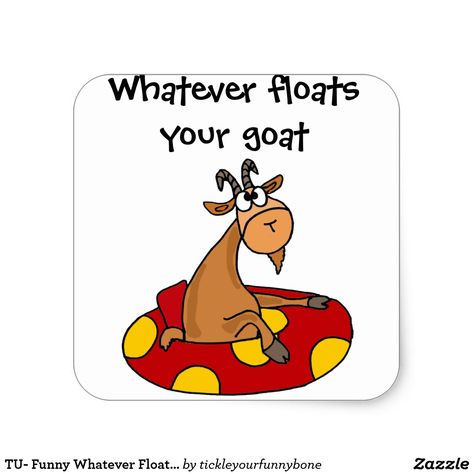 A neighbor (of a girlfriend, of a sister, of a guy's sister-in-law) saw the poster and called the "owner," Mike.  After a week of the goats missing, he had figured a wolf or a bob cat had gotten to them and he had stopped looking.

Even though we are close "as the crow flies," by pick-up truck it is a little of a drive.  I don't think it occurred to him that Billy would lead his harem over to our side of the mountain.


Meanwhile, those darn walking garbage disposals ate pears, little apples, persimmons, and iris blades.  They broke off both of the little apple trees, AT THE TRUNK.  They also broke most of the limbs on the larger apple, broke the trunk of a crepe myrtle I had been nursing, and did damage to the pear and persimmon trees, breaking bottom limbs getting the upper fruit.

Billy was a big, tall, old fool.  He knocked fruit off the trees for his four girlfriends.

We had a few, poorly-producing blueberry bushes that my parents had planted twenty years ago.  They were planted too near the house before a surrounding tree canopy grew.  Those idiot hobos ate those struggling berry bushes to the ground.


THANK GOD they did not wander too far from the house.  They didn't find the blueberry orchard.  As it was July, fortunately the fruit season was mostly over, but my orchard would still look delicious to the four-legged invaders.  I'd want to eat those bushes... 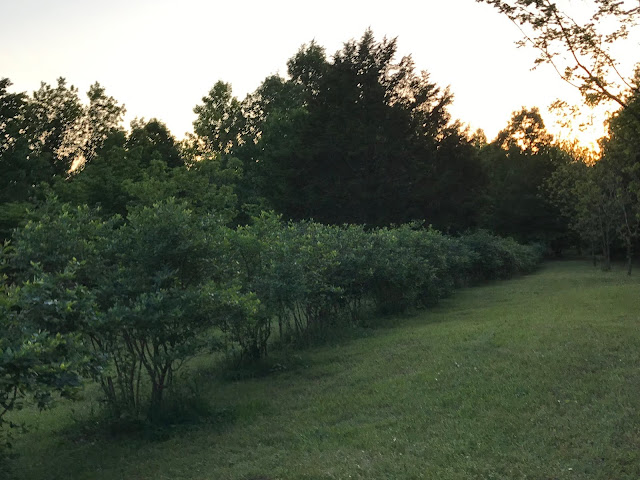 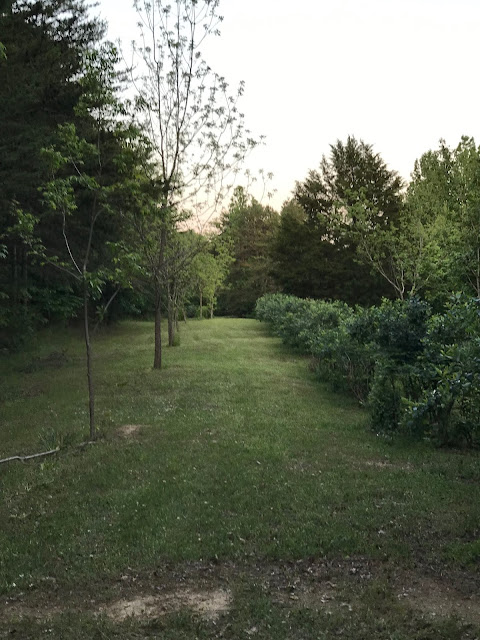 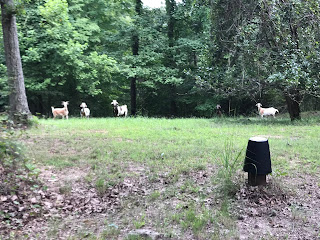 My out-of-state BIL has a high-powered rifle locked in a gun safe in our closet. I have no desire to use it and don't even know how to load it (do we even have ammo?!?).

Mike said I should have shot the Billy.  I could never have done that, and if so, then what?  I would need even more therapy and the nannies would probably still be here for a while. 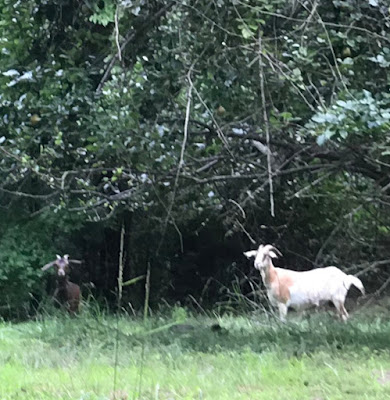 Mike came back with his uncle (Darby).  Turns out he was a friend of my Dad's who happens to be the only person I know here.  It seems like everyone is related to everyone around here.  It's a long way from Ann Arbor.

They tried everything over another three or so weeks to pen them.  The nannies did what Billy did, and Billy was having no part of it. 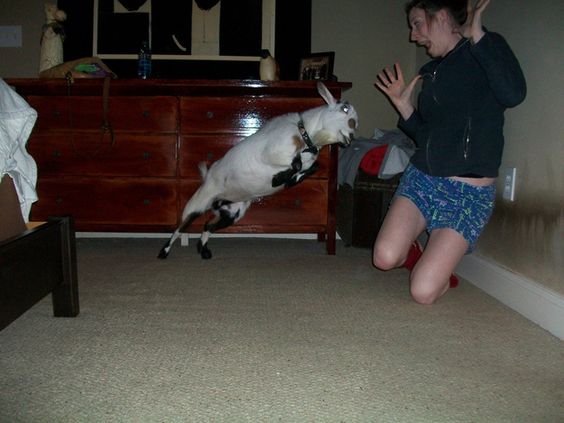 Darby had loaned Mike the nannies to help clear a house spot.  At Darby's home, the nannies were tame, a little pampered, and would go to him.  The naive nannies were placed in a small pen with Mike's Uncle Billy. 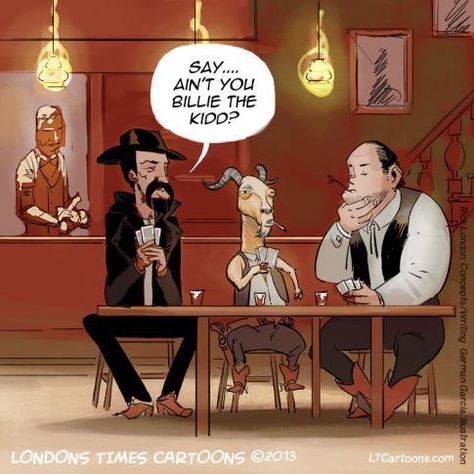 Mike's fence was inadequate...made to be temporary, it was mostly made from a single electric fence wire.  Mike didn't baby them at all, like Darby.  The five goats were put on chains attached to a concrete block periodically to eat the undergrowth on Mike's new house site.  He didn't live near this site.  Wouldn't you want to be free? 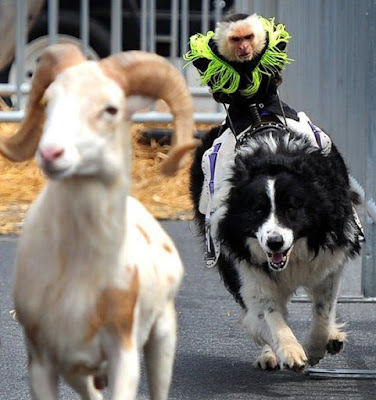 After some of Mike's hair-brained, goat-removing antics, he finally brought his uncle in on this.  Darby looked at my dad's garden plot and thought they could trap the pillaging pirates in there, then trailer them.  The guys hacked loose seven years of sealing vine growth, removed end panels, and cut down half of the volunteer trees and undergrowth.  They wanted some foliage shade for the goats.  Then they placed food and water at the opposite end.

(I wish they had done this to ALL of the enclosure.  Mike owes me, ha ha.) 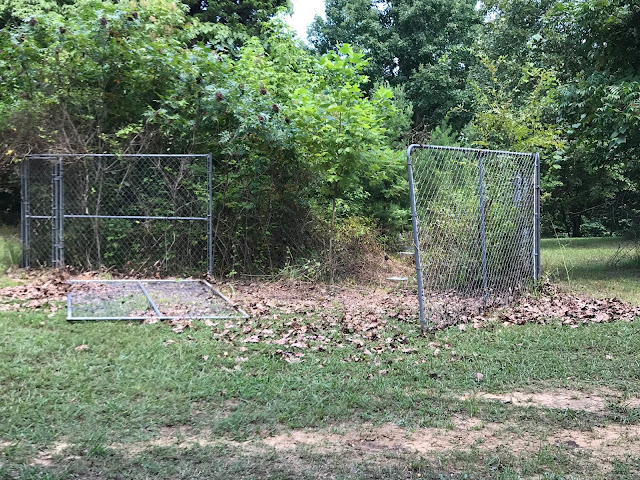 We all hoped and prayed, especially me.  It was just another day in paradise for the parasite goats. 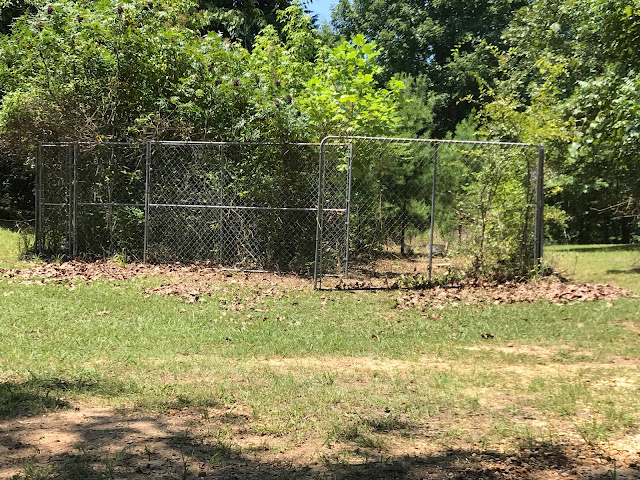 Now, after weeks of discouraging them with a metal spoon and pot, I had to be nice and attract them!  The guys thought that if the goats went in, headed for the food and water at the other end, I could run and drag/push the fence panel closed.

(If you have seen a picture of me, you know who would have won THAT foot race!) 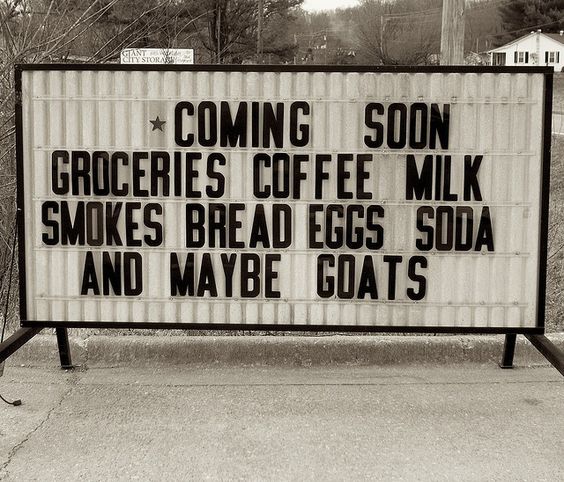 Mike locally worked 12-hr shifts in town during the the day.  Making this plan work relied on me, @$+*&$.  So much time wasted.  Too dirty outside to stitch.

Then I tried parking the little RTV truck in the shade near the garden opening and sat in a chair on the hidden side.

I sang.  They LOVED that!

But, those dumb asses sneaked up to get close enough to me to lie down on the other side of the RTV, no more than 8-10 feet away from me.  The minute I even twitched, they ran.  Then they would slowly come back.  This went on for a while.  The singing would really calm them...until I moved. 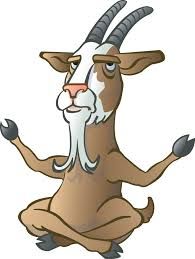 I started with nursery tunes I had used to soothe Riley, favorite songs, and hymn tunes.  As I got madder, I started making up cruel, offensive, profanity lyrics to the same tunes (sorry Lord Jesus, Amen).  The men thought they would get calm enough to follow the trail of goat kibble that led to the food troughs in the fence.

I was doubtful...the goats were full of pears. 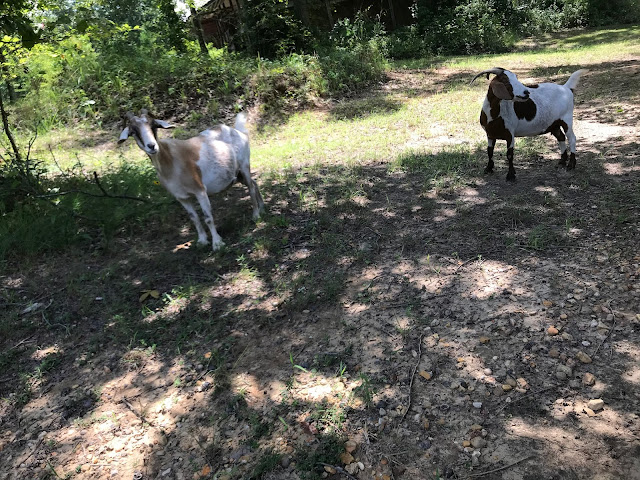 I wasted so much time out there, sitting in the shade, pinning on Pinterest, and singing.  Then Mike suggested I go to the other end, outside the fence (in the sun), and sing.  I would have liked to suggest a few things to him!

They came AROUND the enclosure and stayed close for the second half of the concert.  I went inside and got out of the sun.

FINALLY, Darby, who had loaned Mike the nannies, stepped up his game.  Mike had gotten the Billy for free.  Go figure.

The nannies were pretty tame with Darby, and even though being wild for 4-5 weeks, he thought he could lead them into the garden, dropping some fruit while trying to coax them.

The idea was that Billy would want to be with his girlfriends.

With some effort, we got the nannies in the fence, practically in the dark, and into a trailer that Mike had parked inside the garden.  The idea was that Billy would hear them complain and and go through the small slit in the fence to check things out inside.  I sneaked out later and closed the gate on him.

Mike would come at his lunch break the next day, shoo the billy into the trailer, and LEAVE.  Hurrah! 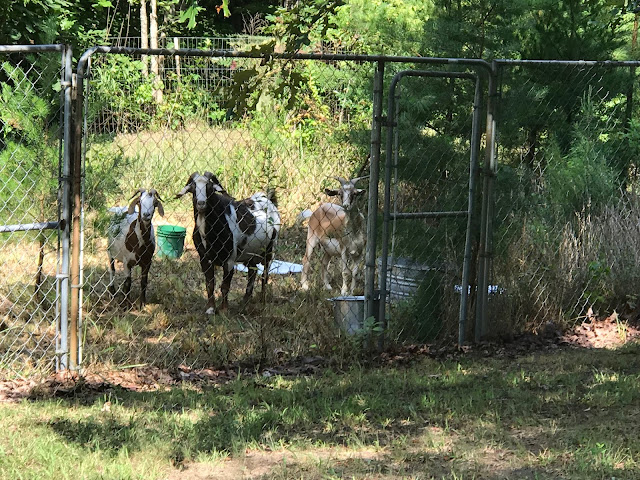 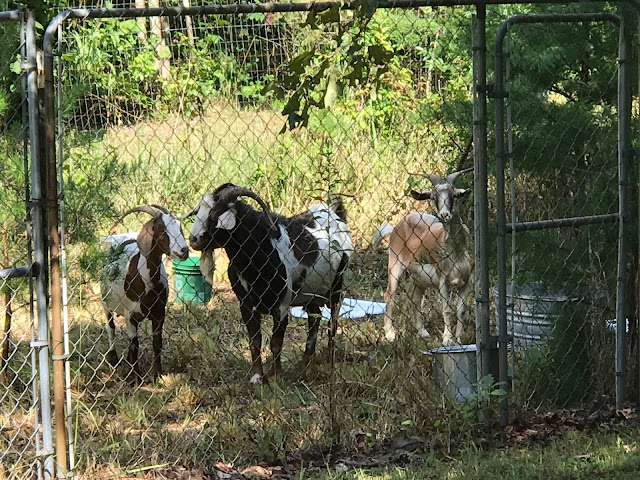 Then, Billy somehow went over or under to escape just before Mike could get back over here to complete the job and LEAVE.

Well, he took the trailer of nannies, removed the food and water, and closed the enclosure.  He thought Billy would hear or smell them across the holler and just come on home.

Nope.  He hung around for another two weeks, waiting for the disappearing gals to reappear (or more music).

FINALLY, Darby was able to capture Billy.  They immediately took that Billy to the weekly livestock auction in the neighboring county.  They left him in the trailer until the auction started. 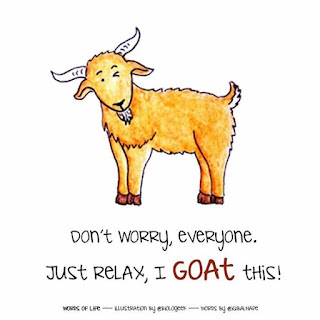 See how life has been interrupting my stitching and blogging time since I have moved from Ann Arbor, LOL?  Geesh!