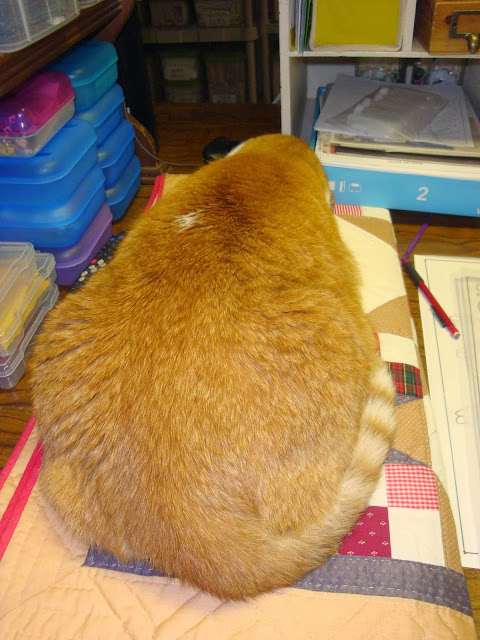 Doesn't Weasley's rear end look like a big PUMPKIN?  I was contemplating cutting out felt triangles to gently set on his fur for a picture when he got bored and escaped...party pooper... 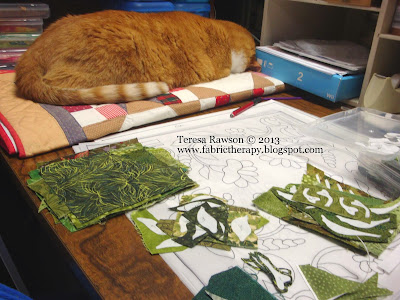 I have been prepping my pieces for two more music blocks...the fermata sign and tenor clef. 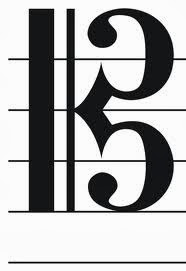 They are wreath-like block designs and will accompany the two blocks I previously made with the treble and bass clefs (Baltimore Rhapsody music quilt project) in a small quilt with the blocks set 2 x 2.  I know there are people out there who ordered my cello block, and they are looking for the tenor clef design to go with their quilt schemes.  Soon and very soon! 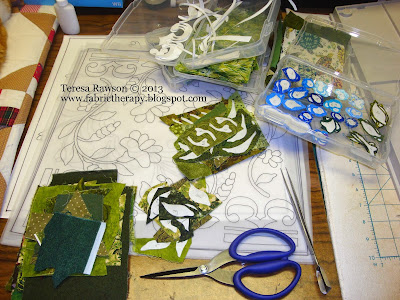 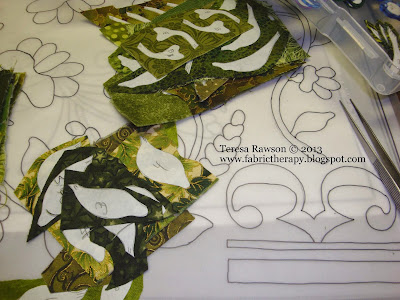 It wouldn't be a Halloween post without me complaining about making costumes for my family.  This year is compounded by Youmacon (Detroit's version of Comicon), happening this weekend.
Riley's costumes will include "The Watchman" (graphic novel character, which will include the mask we are making below), "Mrs. Lovett" (twisted character from "Sweeney Todd," who makes tasty pies from people), and "Glados" (evil female computer character from the "Portal" computer game).  I miss the days of Tinkie Winkie, Dorothy, Disney princesses, and Harry Potter costumes!  Sigh...my daughter is such a nerd...   :o) 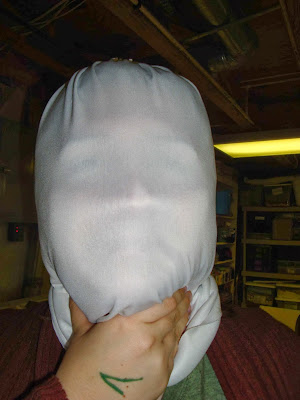