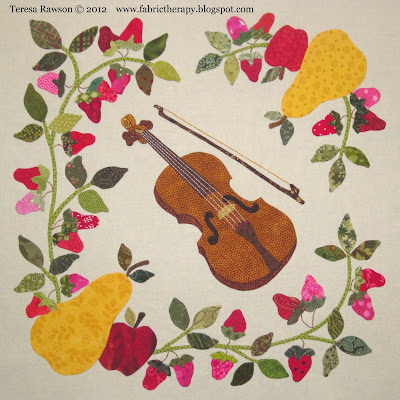 After the holiday block drought, here is the viola block, the last of the string blocks for "Baltimore Rhapsody" (see background story here). 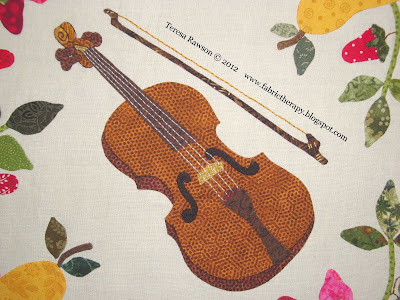 The viola is the alto member of the string section with its tuning being a fifth below that of the violin.  It is very similar to the violin in appearance, with the body being slightly bigger thus producing a deep, warm tone. 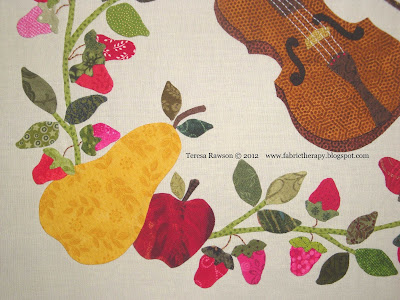 For a long time, the viola was simply used by composers to "fill out the chord," or double the parts of the cello or double bass an octave higher.  CW Gluck finally freed the instrument to more interesting parts, and Haydn and Mozart followed this trend.

Mozart was fond of the instrument and played it himself in quartets during his later years.  He used two violas in his string quintets and wrote two beautiful duos for violin and viola, as well as a Symphonie concertante for violin, viola and orchestra. 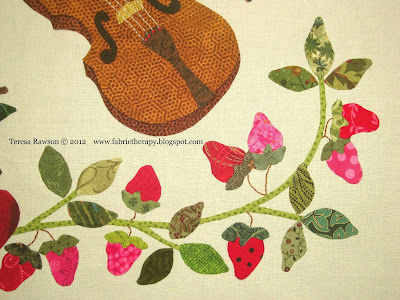 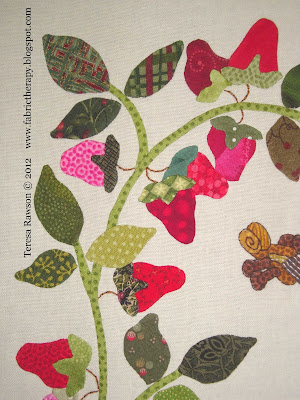 The viola is no longer an orchestral drudge played by not-so-good violinists; it has a distinctive voice with a demanding repertoire. 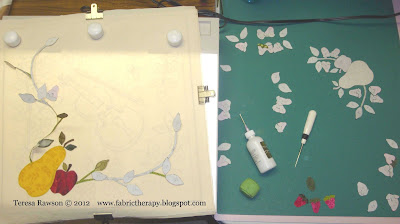 To be honest, I had not intended to do an individual viola block for this first quilt.  Being so similar in shape to the violin and not a very showy instrument in most works, I, like others, mistakenly considered it sort of "second fiddle" until I did more reading.  I should have known better because I sing alto and know how important that part can be ("anyone can play/sing the melody..."). 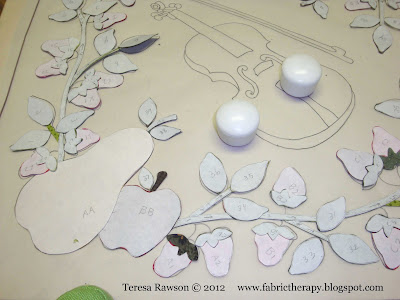 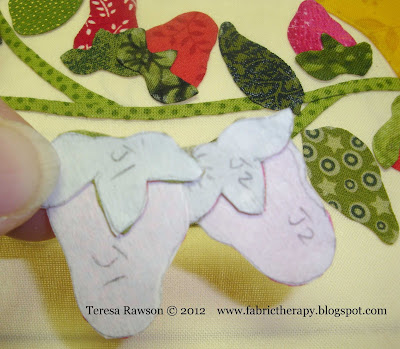 I know a viola player who is an excellent musician and conductor of the local university orchestra (was it he who asked me if I knew the difference between the violin and the viola?  the viola burns longer...yuck-yuck-yuck...).